What is the NPPF

The National Planning Policy Framework (NPPF) is the official document produced to regulate the assessment of flood risk and the planning processes used to mitigate the effects. The NPPF only covers England and set out the Governments planning policies.

In Scotland the SPP (Scottish Planning Policies) is used. This details policy on land use and other planning matters.

in 2016 the government changed how the effects of climate change should be considered and used when conducting and Flood Risk Assessment (FRA). This FRA could be for planning purposes or any other related use. Landlords and developers have expressed a lot of confusion on how the climate change allowances effect their business and plans and there has been a lot of uncertainty in the industry. We are experts in this field and help hundreds of people in the property sector each month to understand how the latest National Planning Policy Framework changes effect them and how to work with them to get their project through to completion.

The draft revised National Planning Policy Framework incorporates policy proposals previously consulted on in the Housing White Paper and the Planning for the “right homes in the right places” consultation.

We have a long standing relationship with the Environment Agency and local planning authorities which allows us to discuss these changes with the directly. What this means for our clients is that they get up to date and highly accurate information and guidance when we undertake any kind of report for them. With this knowledge we can work towards the end goal of the client whilst avoiding any nasty surprises from simply not knowing all the details.

The Planning System and Climate Change

It is widely agreed that there is natural fluctuation in the climate over any given time period but it is also agreed that human activity is causing fluctuations to happen faster and, in some cases, with larger impact. This is particularly true when looking at levels of greenhouse gases such as Methane and Carbon Dioxide. This is leading to higher global surface temperatures and rising sea levels. There are also changes in rainfall which in turn effects rivers and how they flood.  The National Planning Policy Framework changes really set out how all of these changes and further potential changes should be considered and factored into the existing planning system all of the factors it looks at. A large part of this is related to showing and looking at how flood risk can be managed. It looks at how flooding should be managed now but also in the future when much of the evidence suggests it will become a greater problem.

Trying to reduce and minimise how vulnerable all new developments are to flooding is a major aim of the National Planning Policy Framework.

What’s New in the NPPF?

One of the main changes in the latest National Planning Policy Framework is the fact that the where the previous one included recommended national precautionary sensitivity ranges for things like peak rainfall the new version actually includes predictions. It covers predictions of anticipated change to peak rainfall intensity in small and urban catchments, river flow by river basin,  and sea level allowance. These allowances are created using statistical probability data.

There are 11 river basin districts discussed, where a range of allowances are issued. The flood risk vulnerability classification for the type of development (This basically means residential is ‘more vulnerable’ and commercial is ‘less vulnerable’) and the Flood Zone (1, 2, 3a or 3b) is used to decide which allowances to apply, also considering the lifetime of the given development.

An example of this in action would be; in Flood Zone 3a (high probability of river flooding) a ‘more vulnerable’  residential developement would need to use the higher and upper end allowances over the next 100 years.

Previously a national 20% increase in peak river flows was applied for ‘more vulnerable’ developments (100 year lifetime). However using the new guidelines in South East England as an example this increase in river flow could be as high as 105%. This could therefore have a huge impact on flood levels and the extent of any flooding on the development site.

How should these be used?

The Planning Practice Guidance states that the following points should be considered when deciding on adjusted flood levels to use for development:

The peak rainfall intensities apply right across England however Flood Risk Assessments (FRA) are now required to assess both central and upper end allowances to really cover the extent of the impact.

Previously a 30% increase in peak rainfall intensity was applied for ‘more vulnerable’ residential development (100 year lifetime). Based on the new guidelines however a 40% increase will need to be considered. This could impact on the surface water drainage strategy for a development, with potentially larger soakaways or storage ponds / tanks required.

Sea level allowances remain a single regional allowance for each time frame for sea level rise. These allowances have not changed for the majority of developments (excluding infrastructure and new settlements or urban extensions).

It is now required to include a sensitivity allowance using offshore wind speeds as well as extreme wave heights so the full potential range of impacts can be considered.

What Does This All Mean For My Development?

How this all effects your development is a considerable question and in some instances it can be significant. Our relationship with the Environment Agency allows us to not just understand this process and the new National Planning Policy Framework but to also understand it in the context of our clients applications and development plans. We would recommend getting in touch with our team to discuss how we can help you with your application and help you avoid coming across issue further down the line.

Before the new NPPF the Environment Agency would simply provide with data based around the present day in terms of flood levels and the like. Now prediction data is also needed or at least needs to be taken into account. The Environment Agency is not funded in any way to supply private developers with data. The overall feeling is that the amount of data they can provide depends on the size and vulnerability of any given development. They cannot re run all their flood models instantly so this process will take time.

Who’s Responsibility Is It?

Ultimately it is the developers responsibility to accurately assess flood risk and this should be done taking into account the climate change variations discussed. This is not something many developers will be able to do so it falls to the developer to choose a skilled third party to assist. UNDA is just that third party and we can use our contacts at the EA to make sure you get an accurate report that complies with all the appropriate planning regulations.

Get in touch with our team today to discuss how the latest NPPF will affect your planning application and any development plans you have in the coming months and years. We are able to deal with any kind of development from housing to renewable energy production plants and large commercial developments.

Call For Your Free Quote Now 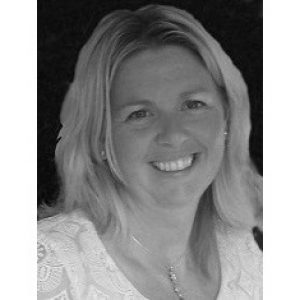 If you need a quote or to discuss your requirements in more detail contact Jackie Stone, one of our experienced Flood Risk Consultants.

Or Fill Out The Form Below