Through a referral, Unda was contacted by a local builder looking to develop a plot of land for 7 residential units which was previously used as allotments. Residents surrounding the site were opposed to the proposed development for a number of reasons; it was the only green space left in the heart of the village, historical groundwater flooding had occurred in the village and the site was located adjacent to a protected watercress bed which was believed to be fed by various groundwater springs located on and rear the site.

Unda was commissioned by the local builder to provide an analysis and interpretation of geological and groundwater conditions at the site to demonstrate the site was viable for residential development. The results of the exercise were used to support a pre-application planning meeting with the Council and to address any concerns from the owners of the cress beds and the local residents.

On purchasing this sensitive site, the local builder was able to foresee the potential issues relating to the proposed development and therefore able to instruct Unda at early stages of the planning process to assist.

By undertaking this in depth Groundwater Assessment the builder was able to demonstrate that the whole site was viable for residential development by utilising specific building foundations, groundwater flow would not be interrupted and the cress beds would not be effected during and post development of the site.

A detailed technical report and non-technical summary was produced by Unda to support the pre-application meeting and in preparation for the local builder to field any questions relating to Groundwater flood risk on the site which may arise in any potential buyers’ conveyancing reports.

The local builder has since applied for full planning on the site and is currently waiting for permission to be granted from the Local Planning Authority.

Unda undertook a desk based Groundwater Assessment by initially collating evidence from a wide range of creditable sources and parties.

Firstly, by analysing the raw data it was apparent the cress beds were fed by groundwater springs upstream of the site and not from the springs on site.  Historical maps backed up by photographic evidence highlighted a drainage channel around the perimeter of the cress beds, seemingly designed to capture runoff from the site and surrounding area to protect the cress beds.

In addition a groundwater site conceptual model was created utilising a range of hydrogeology tools to gain an understanding of the potential groundwater flood depths across the site.  The model was able to confirm that the shallow groundwater flow (in addition to surface runoff from the site) was likely to discharge to the perimeter drainage channels around the cress beds, rather than contribute to flow in the cress beds.

The model was also able to demonstrate that areas of the site which were previously mapped as high risk of potential groundwater flooding were actually re ranked as medium to low risk, allowing the local developer to build across the whole site.

If you are in a similar situation or would like more information about any of our Flood Risk or Drainage Services then please get in touch or use the form on this page. 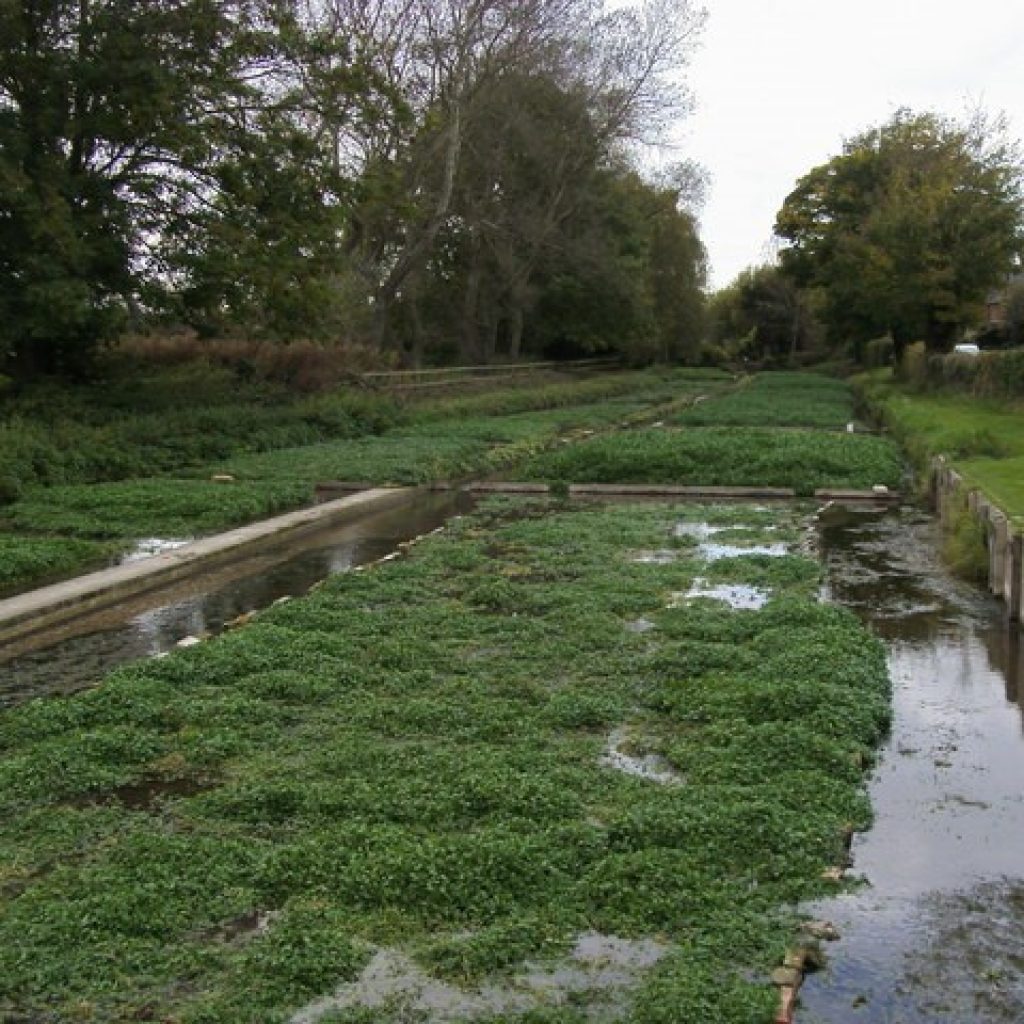