Unda was contacted by a private individual seeking to resolve a seasonal surface water flood issue they had encountered after purchasing their £million family home of their dreams in the heart of the Sussex countryside.

As part of the conveyancing transaction, a residential flood search report had been carried out on the property which yielded a ‘passed’ result as the property is located in a flood zone 1 (Low Risk) as defined by the Environment Agency. Enquiries about flooding issues were also raised although the seller.

Unda was instructed by the client to investigate the source of the seasonal flooding, as the frequency and severity of the floods were impacting on the owner’s ability to enjoy their home.  In addition the owners were concerned about their insurance costs as their buildings and contents premiums had been increasing year on year and they were concerned it may come to a point when insurance became unaffordable or worse not available.

Working closely with the client, Unda was able to suggest a number of on and potentially off site mitigation measures which were sympathetic with the property and in-keeping with the surrounding area that only required one-off expenditure and little on-going maintenance costs.

Through Unda’s report, the client was also able to provide evidence to the insurance company that the flood issue had been mitigated through site and property level protection measures.

In addition, the client has since reported to Unda that the damp experienced on the ground floor had greatly reduced and following a recent extreme weather event hadn’t resulted in the surface water flooding which the property would have experienced in the past.

Unda undertook a desk based flood risk assessment which was accompanied with a physical site inspection to identify where the potential sources of surface water originated from.  The property was located halfway up a hill side with a large arable field to the north, east and south of the property, while a natural hollow to the west of the property acted as an area for ponding water.  A small tributary of the River Ouse was located downhill 330 metres to the south of the property.

The topography of the surrounding area and the site was such, that during the spring, autumn and winter when there was little vegetation cover on the field, surface water flooding increased on the property as there was no drainage in place off site or on site.

It was also apparent that offsite mitigation measures would also benefit the homeowner plus the surrounding landowner who farmed the fields. In cooperation with the homeowner, Unda liaised with the landowner to discuss measures which could be taken to reduce the surface water runoff from his fields which would ultimately benefited the soil management of the farm. This included simple measures such as taking care to plough the fields in a cross-slope direction to limit rapid runoff and soil erosion, in addition buffer strips adjacent to the ditches were recommended with a maintenance plan.

In addition, it was observed that surrounding ditches had been poorly maintained. The accumulation of soils and vegetation over the years resulted in standing water which wasn’t free draining.  It was also explained to the Landowner that Countryside Stewardship grants were in available to assist in putting these mitigation measures in place.

Unda Consulting were able to provide sound advice that benefited all parties which was cost effective, and was delivered within their fixed price quotation.

If you have concerns about flooding issues to a property which you are looking to purchase, sell or secure flood insurance for, please contact Unda. Our flood risk consultants will quickly be able to advise how they can assist and will provide a fixed price quotation to understand your issues and provide solutions where possible. For prompt attention Tel: 01293 214 444 or send your details via our contact form. 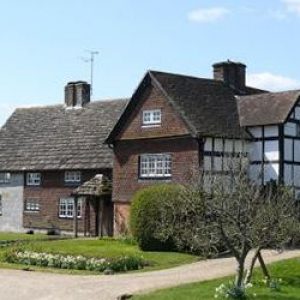 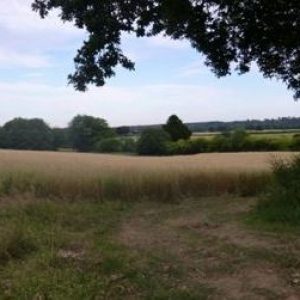