Beavers: A solution to flooding 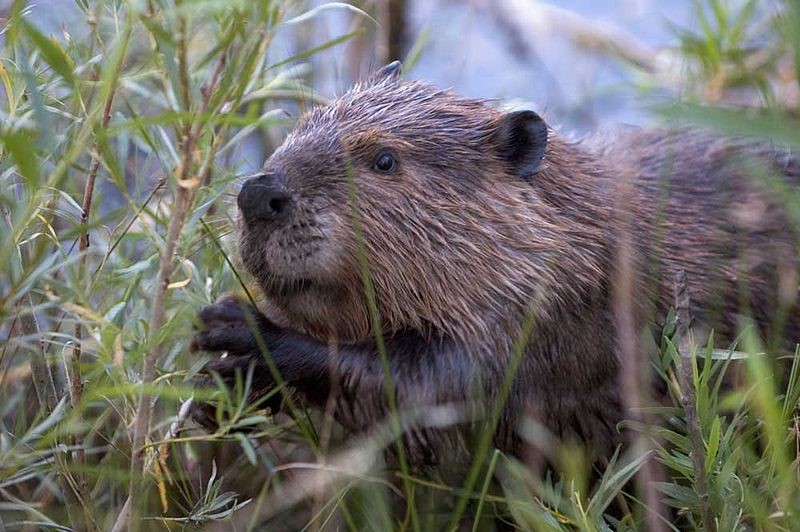 Beavers: A solution to flooding

A family of four beavers, comprising of two adults and two kits, are planned be introduced into a 6.5 hectare (16-acre) enclosure at Lydbrook, Gloucestershire in spring 2018 in a bid to alleviate flooding in the area. The scheme, run by the Forestry Commission, will be the first of its kind on government land.

UK Environment Minister, Michael Gove, gave the go ahead in December 2017, which will see the animals released at Greathough Brook to help improve biodiversity and reduce flood risk downstream.

Under current Forestry Commission plans, approved by Natural England, the beavers will be introduced into a robust fence to keep the beaver enclosed; securing healthy, disease-free beaver and collecting data from the monitoring of the water flow in the brook.

What The Experts Say

Experts predict that the beavers will rapidly create a series of dams, canals and ponds, slowing the stream’s flow and potentially holding back 6,000 cubic metres of water preventing huge floods inundating Lydbrook, a village that suffered badly from flooding in 2012. Local residents hope the animals will help prevent a repeat of 2012’s floods which saw Lydbrook’s town centre submerged by up to 4ft of water.

Beavers prefer to live in deep water so when released into a small upland stream, they quickly build a series of dams and canals. The dams built by beavers act like a sponge and slowly release storm water through their semi-porous wall, reducing flood risk downstream. Scientists believe that enough water could be retained in Greathough Brook to potentially prevent a one-in-30-year flood event from occurring downstream at Lydbrook.

Beavers have been trialled in several other locations in the UK including Scotland and Devon.

Derek Gow, a beaver expert who has worked on some of these reintroduction trials, said that water takes ten times longer to flow through beaver-generated wetlands than in rivers and streams without them. “Beaver-generated environments therefore not only regulate flows reducing flood peaks but also function as storage facilities for water, which can also assist in the alleviation of drought,” he said.

Exeter University researchers have collated data and produced a graph showing flood events along a stretch of channel in Devon. During heavy rain, the volume of water flow increases rapidly above the site, creating a dramatic spike in the graph. But when the floodwater is measured again below the site, there is a gentle curve. In other words, the beavers dramatically reduce the peak flow of floodwater on this stream.

At another site, in Cornwall, a farmer collaborated with the Cornwall Wildlife Trust to release beavers on fenced land above the village of Ladock, which has been hit by severe flooding in recent years. Since their introduction the beavers have created a series of new waterways which hold back an estimated 1,000 cubic metres of water, alleviating flood risk. A local land owner confirmed “before the enclosure, country lanes below this land used to flood in heavy rain; since the beavers have been brought in, the roads haven’t flooded”.

It has been discovered, through previous introductions, that beavers also improve the water quality within the host catchment. Scientific studies show that the dams remove pollutants from the water including harmful phosphates which appear to be effectively filtered.

According to research, financially, beavers are much more cost effective than traditional flood defence works. Beavers are able to adapt to changes in channel configuration and flow routes without the need of maintenance and realignment therefore provide great ‘value for money’.

The Department for Environment, Food and Rural Affairs have confirmed that this could be the first of many other schemes in the Forest and beyond, as government guidance sets out a framework for assessing applications for further trial releases across England.

Lydbrook is not the only vulnerable town in England and Wales. Increasing urbanisation, channelisation of watercourses and intensive agriculture in upstream catchments is leading to increased frequency and severity of flooding. If you would like any information and advice on obtaining a Flood Risk Assessment or Sustainable Drainage Strategy for your property, please do not hesitate to contact us here at Unda.