Flood Re insurance for flood risk delayed until April 2016

Flood Re insurance for flood risk delayed until April 2016

For all home owners which are at a high risk of flooding and therefore unable to buy affordable home insurance cover, the launch of the Governments Flood Re insurance scheme was to be a welcome relief this summer 2015.

Flood Re insurance for flood risk delayed until April 2016:

This long anticipated not-for-profit scheme which was agreed between the Government and the insurance industry back in June 2013 has been delayed until April 2016. The reason sighted for launches push back was the scale and the complexity of developing, building and testing the technology behind the scheme which involves up to 400 insurers.

This delay isn’t really a surprise, as the insurance industry and Government only reach a final agreement on how Flood Re would be development and delivery in December 2014

In an article published in The Mail on Sunday (7th June 2015) Brendan McCafferty, chief executive of Flood Re, explained:

‘We are planning to go live with it in April 2016. This is the first time we have said this publicly. It’s vitally important to get this right first time as it is a world first.’

Insurers have agreed to keep covering homes they already insure until the Flood Re scheme begins – although there is no cap on the amount customers may be charged for flood risk.

In light of this, for many homeowners it may cost about 25% more to insure a flood-risk property, with the excess usually capped at £2,500 with specialist insurers, according to the British Insurance Brokers’ Association (Biba), that’s if they can get cover at all?

The Association of British Insurers (ABI) have estimated that between 300,000 – 500,000 flood-risk UK households would struggle to obtain affordably priced flood insurance without a scheme like Flood Re.

On launch it means flood-prone households will have the flood-related element of premiums capped at £210 a year for those in council tax band A, rising to £1,200 a year in band H (band I in Wales), with a standard £250 excess charged on a flood claim. However there are still shortfalls in what may or may not be covered in Flood Re. In essence, residential properties built after 2009, rented properties, farm houses, certain blocks of flats and small firms will be excluded.

The Flood Re scheme will be a not-for-profit flood reinsurance fund, owned and managed by the insurance industry, and established to ensure that those domestic properties in the UK at the highest risk of flooding can receive affordable cover for the flood element of their household property insurance.

Flood Re is a pot of money paid for by the industry, partly from the flood element of insurance premiums, but also by a levy – averaging £10.50 per home – on other insurance customers. 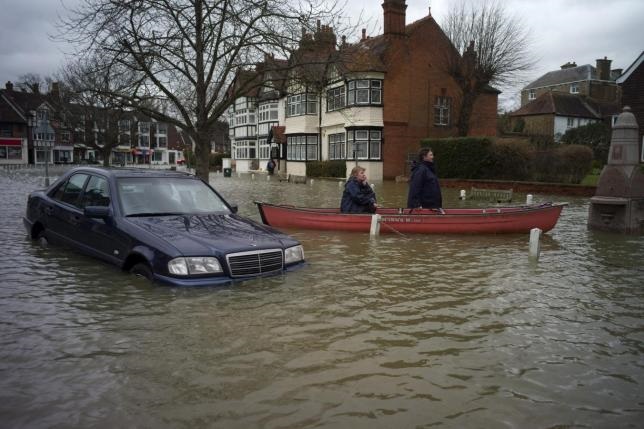