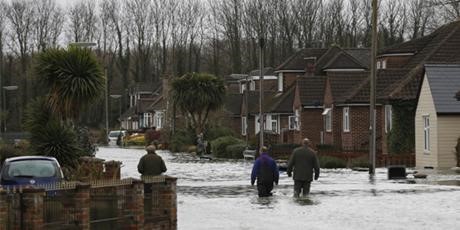 The House of Commons Environmental Audit Committee published its 10th Report on Climate Change Adaption ( today (11th March 2014) criticising the Government for failing to tackle the priority climate risks despite its National Adaptation Programme (NAP) which is designed to prepare the nation for the impacts of climate change.

Even though the UK is already ahead of most countries having published the National Adaptation Programme (NAP)—required by the Climate Change Act 2008—setting out what government, businesses and others were doing on adaptation. The NAP process has created a buy-in through its bottom-up contributions from many organisations, but the Government has not identified proactive adaptation policies or driven action in a coordinated way. The NAP document has lacked a spatial focus to help develop landscape-scale or regional strategies.

Chair of the Committee, Joan Walley MP, quoted in a recent Common Select Committee news article:  “With the effects of climate change likely to persist for centuries to come, the need to adapt is unavoidable. Flooding poses the biggest adaptation risk here in the UK, yet the Adaptation Programme gives you no sense of this. To bring about real climate resilience, the Government needs to provide a more top-down strategic direction to identify the priority risks.”

She went to add:  “In preparing the next NAP, the Government should appoint a person whose sole job it is to champion and raise awareness for the adaptation measures that need to be taken.”

Professor Lord Krebs, chair of the Committee on Climate Change Adaptation Subcommittee concludes that a balance needs to be struck between what local government and central government can achieve, but ultimately ‘central government need to show more leadership than has perhaps been the case so far’. This led him to score the NAP ‘well under five, and probably in the two to three range [out of 10]’.

The Environmental Audit Committee  Report found that while the Environment Agency’s advice against building on floodplains is largely followed, the Agency does not consider smaller developments, (applications that involve 10 homes or fewer) which in aggregate can have a significant effect on flooding risk. This gap in the rules equates to about 12,000 new homes a year still being built without Environment Agency advice on flood risk. The Government should require the Environment Agency to provide flood risk on all sizes of development, including small developments currently exempted.  In addition, these smaller housing schemes are also not obliged to include measures such as permeable paving surfaces or ponds and wetland areas to reduce surface water flooding.

Only a minority of Lead Local Flood Authorities have produced the required flood risk management plans, and without a legal duty to manage and reduce flood risks the local authority budgets for this work are liable to be reallocated to other duties. The Government must enforce the powers it already has to require Sustainable drainage systems (SuDS) in developments, particularly on floodplains, and remove the developers’ right to connect homes to the public sewer.

The Government’s recently announced changes to the planning system do not require Sustainable drainage systems (SuDS) to be delivered for these homes. The Flood and Water Management Act 2010 already gives the Government the power to require SuDS in all development, but it is reluctant to use it. This is allowing development to go ahead which is adding to flood risk, the Environmental Audit Committee warn.

Joan Walley MP said: “Continuing to build houses on floodplains at high risk of flooding is foolhardy as this is merely storing up risk and costs for the future. With flooding likely to increase the Government should enforce existing powers to require Sustainable drainage systems in all development.”

Following today’s report publication, Richard Black, director of the Energy and Climate Intelligence Unit (ECIU), said the Government must address the cause as well as the symptoms of climate change.

He added: “While the committee is absolutely right to argue for smarter development that reduces the risk of flood damage, adaptation is just one side of the coin.

“The conclusion must be that governments have to tackle the cause as well as the symptoms, by cutting the carbon emissions that are fuelling climate change, just as science recommends.”

The Report also concluded that infrastructure and networks are increasingly vulnerable to disruption from extreme weather events, with significant economic costs. The Government should support further research into critical network ‘pinch-points’ and interdependencies, starting by coordinating the necessary data-gathering which is currently incomplete. Find out more about Flood Risk Assessment by visiting our FRA page.