If you would like to find out more about SuDS, Flood Risk Assessment or any other related issues then Call 01293 214444, or email enquires@unda.co.uk

The overriding aim of the policy is to lessen the likelihood and impact of surface water flooding from new developments by encouraging the use of sustainable drainage systems (SuDs). As a consequence, Lead Local Flood Authorities (LLFA’s) have also been made statutory consultees and new non-statutory guidance has been published under the changes.

The Governments decision on the increased use of SuDs has been long awaited and surrounded in controversy.  Initially it was proposed (through the Flood and Water Management Act 2010) that SUDs should be approved before development commences by a body set up by local authorities ensure that SuDs are designed according to national standards.

There was concern amongst developers that the system could cause delays to developments as a result of a second approval being required (in addition to planning permission). There was also concern that the approval bodies might not be fully prepared to cope with their new duties in a timely manner. Further, the Flood and Water Management Act 2010 requires Local Planning Authorities (LPAs) to adopt and maintain approved SuDS which are functioning properly and serve more than one property.

Under the new regime;

In addition, according to the new planning policy, local planning authorities are expected, when considering planning applications, to:

The non-statutory technical standards for the design, maintenance and operation of sustainable drainage systems to drain surface water have been published by Defra. The standards apply to systems that drain surface water from housing, non-residential or mixed use developments for the lifetime of the developments. The non-statutory technical standards are to be used in conjunction with the National Planning Policy Framework, and Planning Practice Guidance on Flood Risk & Coastal Change that was revised in light of these changes in March 2015.

Following the Pitt Review into the 2007 floods, ministers agreed that SuDS should become compulsory on all new developments, as mandated by the Flood and Water Management Act.

Pitt’s suggestion was included in schedule 3 of the Flood and Water Management Act, passed in April 2010. It said SuDS would be compulsory in all new developments from April 2014. The act also proposed that SuDS be approved, adopted and maintained by SuDS approval bodies (SABs). These would be the responsibility of flooding and drainage authorities – either county or unitary councils – with a consent process separate to planning.

Since then, several authorities have started preparing for the establishment of SABs. In April 2014, the government said full implementation of schedule 3 would have to wait until all drainage authorities had set up such bodies. But in the summer, it announced a change of direction.

In a consultation document entitled Delivering Sustainable Drainage Systems, the Department for the Environment Food and Rural Affairs and the Department for Communities and Local Government jointly announced that responsibility for approving and maintaining SuDS would fall to the planning system and local planning authorities. The roll-out of SABs would be dropped.

Why the change? According to the consultation document, councils and house builders raised “a number of issues” with the original proposals. A key one, it says, was “the impact on development” of approving SuDS under a consenting regime separate from the planning system. It would have meant that developers would have had to seek two kinds of permission for projects that included drainage. There were also concerns about further delay if drainage authorities were not fully prepared to set up SABs.

As a result, planning authorities are now set to assume a range of responsibilities from spring 2015. The government proposes making SuDS compulsory in all new schemes of ten homes or more. Under the proposals, inclusion of SuDS would be given increased weight as a reason to approve applications, while those without “could be rejected”.

SuDS are designed to manage excess rainwater where it falls rather than the traditional approach of channelling it through drains. Examples include ponds, reed beds, drainage channels and porous driveways.

Pitt Review – On the 25 June 2008 Sir Michael Pitt published his final report into the summer 2007 flooding. The report examines both how to reduce the risk and impact of floods, and the emergency response to the floods in June and July 2007 – http://webarchive.nationalarchives.gov.uk/20100807034701/http:/archive.cabinetoffice.gov.uk/pittreview/_/media/assets/www.cabinetoffice.gov.uk/flooding_review/pitt_review_full%20pdf.pdf 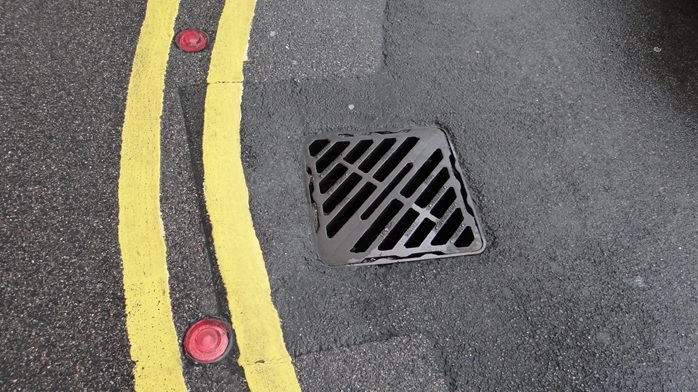