If you would like to find out more about how NPPF affects you, Flood Risk Assessment or SuDS then Call 01293 214444, or email enquires@unda.co.uk

The Government have recently changed how the effects of climate change should be assessed when undertaking a Flood Risk Assessment for Planning. These new NPPF flood risk climate change allowances for planning are causing uncertainty and delays for Land and Property professionals who are applying for Planning Permission on land at potential flood risk.

Here at Unda we have been discussing the updates to climate change allowances at length with the Environment Agency and Local Planning Authorities, and are pleased to present our interpretation of the new requirements.

Climate Change and the Planning System

The National Planning Policy Framework (NPPF) sets out guidelines on how the potential for changes in rainfall, sea levels and river flows due to climate change should be incorporated into the planning system. This includes demonstrating how flood risk will be managed now and over the developments lifetime – taking climate change into account.

While there have been significant natural fluctuations in the climate over time historically, there is good scientific evidence to show that the climate is changing more rapidly due to human activity (particularly greenhouse gas emissions) with higher global average surface temperatures and sea level rise.

The NPPF sets out how the planning system should help to minimise a developments vulnerability to flooding, and provide resilience to the impacts of climate change.

What’s changed with regard to climate change guidance?

In February 2016 the Environment Agency issued updates to the previous climate change allowances in the NPPF.

11 river basin districts are outlined, where a range of allowances are now provided. The flood risk vulnerability classification for the type of development (e.g. generally speaking residential is ‘more vulnerable’ and commercial is ‘less vulnerable’) and the Flood Zone (1, 2, 3a or 3b) is used as a guide to decide which allowances to use, also considering the lifetime of the development (e.g. residential developments are considered to have a lifetime of 100 years).

For example, in Flood Zone 3a (high probability of river flooding) a ‘more vulnerable’ development such as residential would need to use the higher and upper end allowances over the next 100 years.

Previously a national 20% increase in peak river flows was applied for ‘more vulnerable’ residential development (100 year lifetime). Based on the new guidelines however in South East England for example this increase in river flows could be as high as 105%. This could conceivably have a huge impact on flood levels and the extent of flooding on the development site and therefore significant implications on the development.

Peak rainfall intensities apply across all of England (as they did previously) however Flood Risk Assessments (FRA) are now required to assess both central and upper end allowances to understand the range of potential impact.

Previously a 30% increase in peak rainfall intensity was applied for ‘more vulnerable’ residential development (100 year lifetime). Based on the new guidelines however a 40% increase will need to be considered. This could impact on the surface water drainage strategy for a development, with potentially larger soakaways or storage ponds / tanks required.

Sea level allowances remain a single regional allowance for each time frame for sea level rise. These allowances have not changed for the majority of developments (excluding infrastructure and new settlements or urban extensions).

A sensitivity allowance is now also required when using offshore wind speeds and extreme wave heights to understand the potential range of impacts.

How should these range of allowances for peak river flow and peak rainfall intensity be used?

The Planning Practice Guidance states that when deciding on the climate change adjusted flood levels to use for the development, consideration should be given to the: 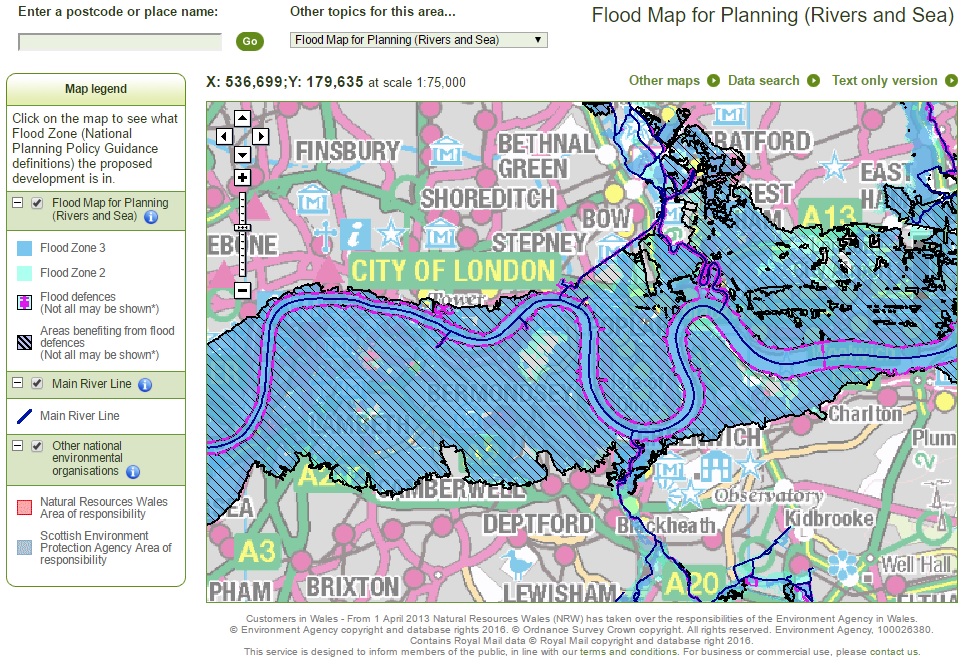 What does this mean for my development?

Here at Unda we have been discussing the new NPPF flood risk climate change allowances for planning at length with the Environment Agency.

Previously the EA provided developers with the present day and climate change flood levels (where available) for the key scenarios required by the NPPF (i.e. the 1 in 100 year scenario). This data has been available from the EA for many locations – although it has been lacking for small rural watercourses. The flood models developed by (or on behalf of) the EA have been created over time for the EA’s own purposes – and not specifically for developers to use in FRA’s. The EA has stated that they are not funded or resourced to specifically provide flood models for developers use, and consequently they will not be able to immediately re-run all of their flood models with the updated climate change allowances.

Based on Unda’s discussions with the EA, it is understood that internal guidance has been issued to the EA’s teams on how to address these issues to ensure that the scale of work required to produce the FRA is proportionate to the scale of the development, and the vulnerability / sensitivity of the development to flooding. For small scale development for example, producing a new flood model may not be viable or reasonable and therefore liaison with the EA is required to provide a clear steer on what climate change allowances are required to be assessed for specific development situations and what the EA will deem acceptable and appropriate in terms of a ‘design’ allowance.

Unda’s experience in FRA’s for all scales and types of development helps us to negotiate effectively with the EA to agree reasonable estimates for climate change that are appropriate for the scale of the development, without carrying out unnecessary work for the developer that could add potential time and cost implications. Contact us to discussed the new NPPF flood risk climate change allowances for planning, or find out more about Flood Risk Assessment for Planning. 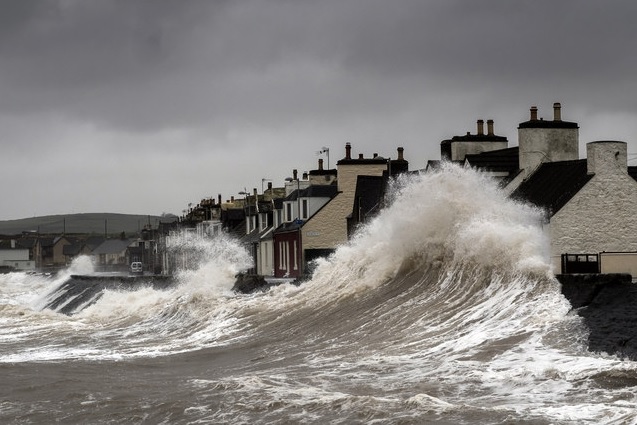